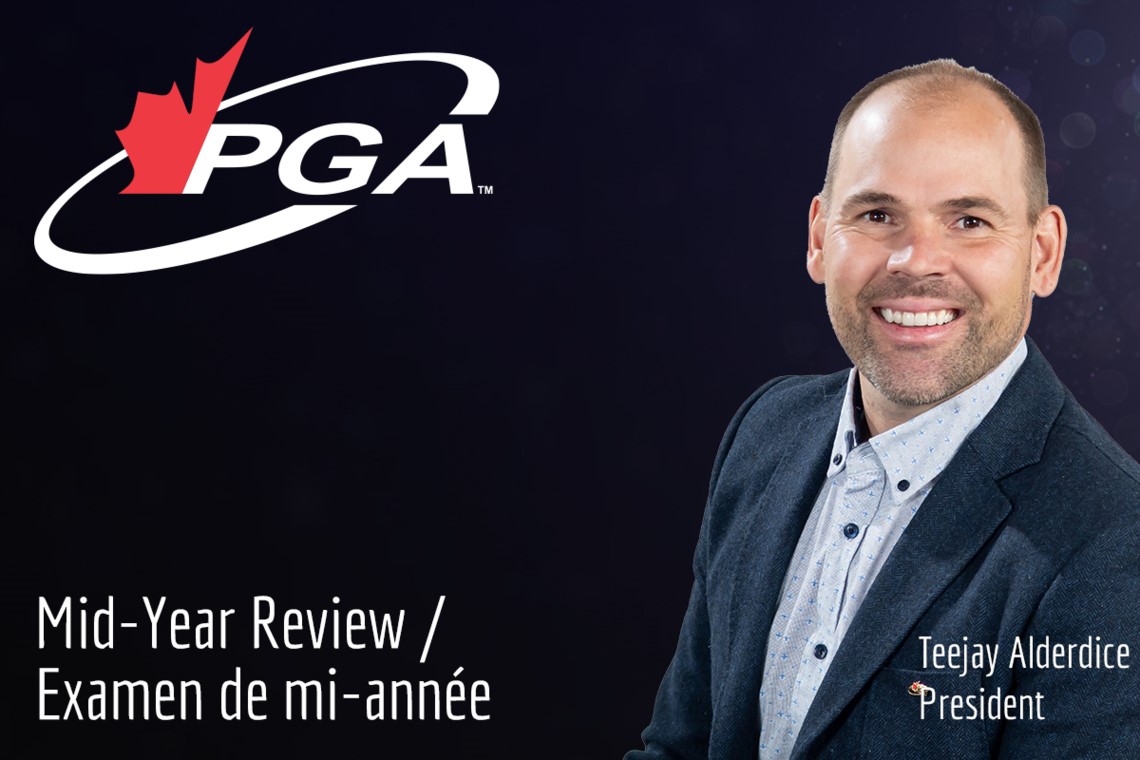 It has been a very exciting 2021 for our association and our members throughout the country. The topic of this past year's Tee Talks Live Digital Series was Resilience, which we all have shown throughout the past six months as we have successfully navigated the uncertainties of the pandemic and safely re-opened our golf facilities across the country.

As a National Board of Directors, we are committed to keeping you updated with progress, highlights, and areas to look forward to as a member. Included within this report are updates from the PGA of Canada as a snap shot of our 2021 mid-year review. The staff at the National Office prioritizes providing value to every member as we continue to be golf's driving force while promoting diversity and inclusion throughout the industry.

Enjoy the highlights and accomplishments from the past six months, and I look forward to the next six months and seeing how our members enhance the game of golf across the country.