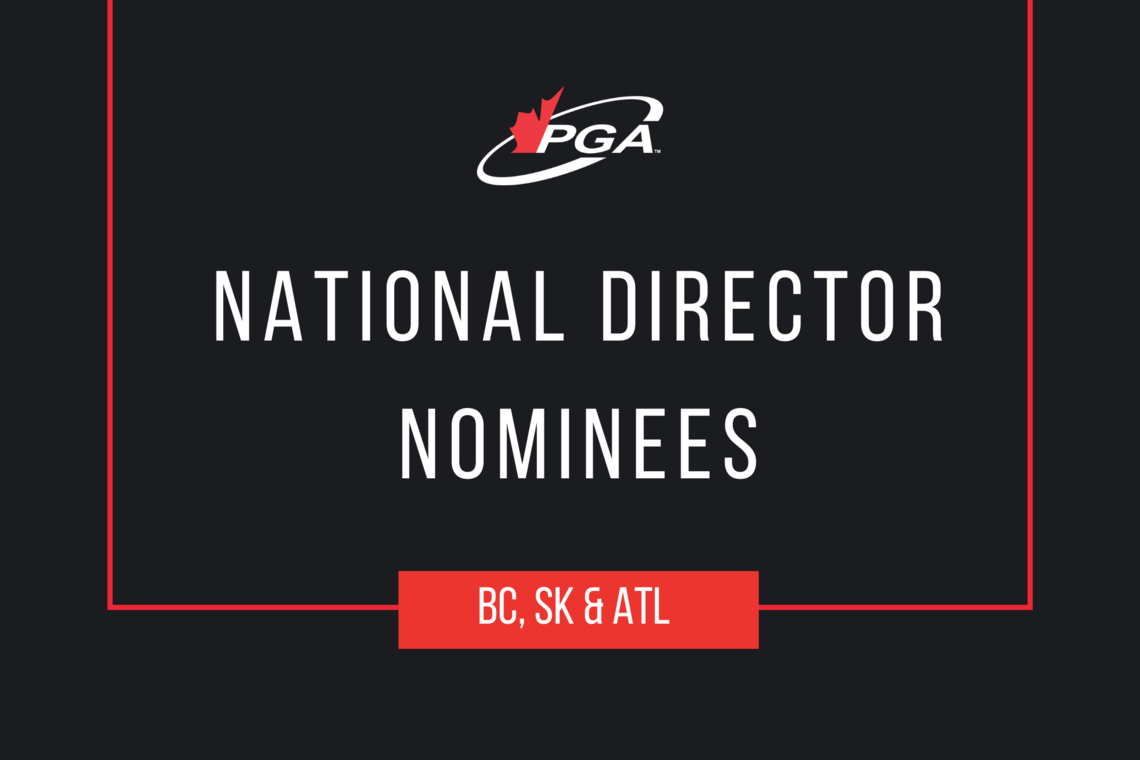 National Board of Director Nominees Announced From BC, SK & ATL

All three nominees will be officially voted in during the PGA of Canada's Annual General Meeting in May.

From Saskatchewan, by acclamation: