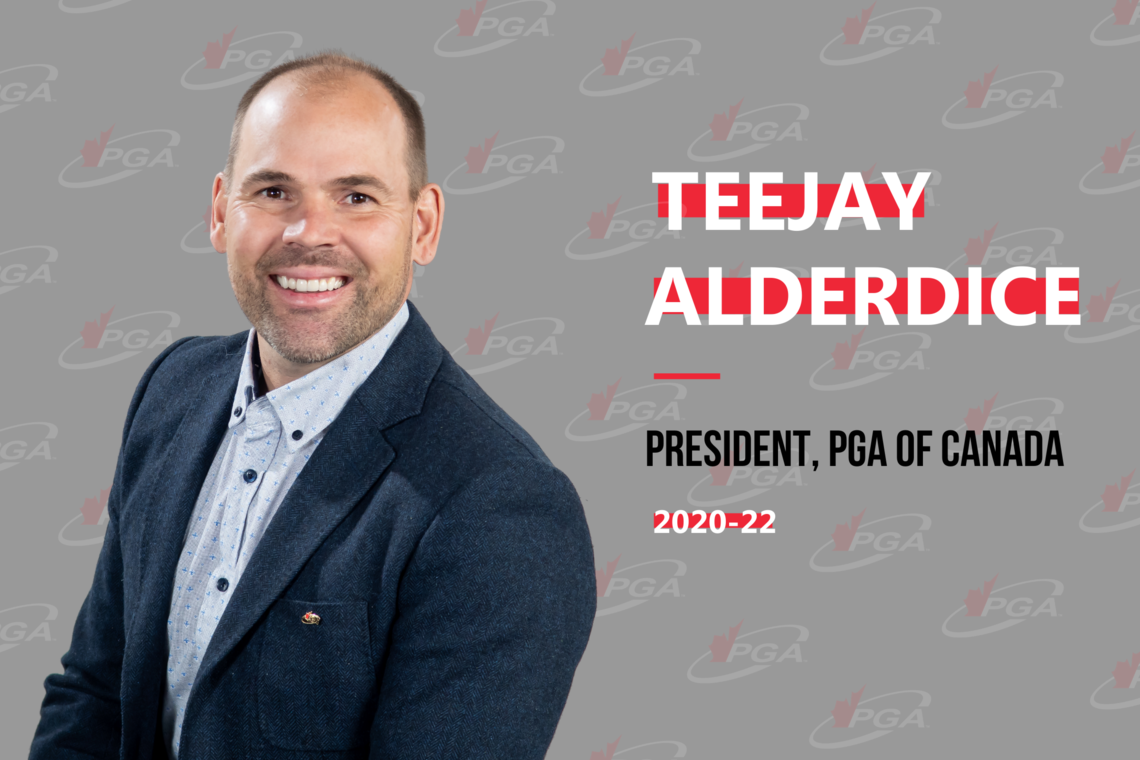 Teejay Alderdice Named 48th President of the PGA of Canada

ACTON, ON (June 4, 2020) — Teejay Alderdice of Bracebridge, Ont., was named 48th president of the PGA of Canada at the association’s Annual General Meeting today.

“I feel privileged to lead our association during this time,” said Alderdice. "It's been a great experience representing our members at the national level over the last six years. Finishing it off with two years as president is an absolute honour."

A Class “A” professional since 2007, Alderdice boasts an impressive resume, holding positions at Acushnet, Devil’s Pulpit Golf Association and Muskoka Bay prior to joining Port Carling Golf & Country Club in 2019 as general manager.

He is a graduate of the Professional Golf Management program at Georgian College and was inducted into the Ontario College Athletic Association’s Hall of Fame in 2007.

Alderdice succeeds Mark Patterson of Elbow, Sask., and will serve as president of the association until spring 2022.

"Working with the board and national staff to ensure our members continue to have resources, support, guidance and pride in our brand will be our ongoing focus," said Alderdice. "I want to thank Mr. Patterson for his leadership and contributions not only as president but over his decade-long tenure on the national board. He always led with a compassionate, member-forward approach, and I intend to do the same."

Andrew Noseworthy leaves the board after three years of service.

A recording of the Annual General Meeting will be made available to all members shortly.