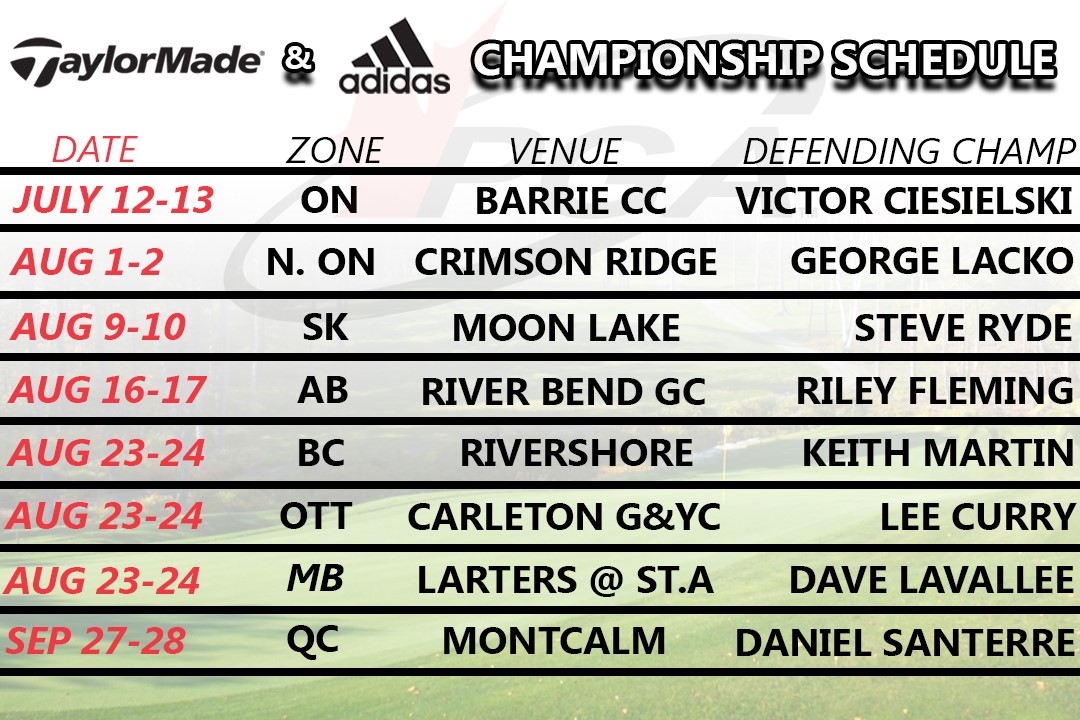 (Acton, ON) - The PGA of Canada is pleased to announce an extension of its national partnership with TaylorMade Golf Canada and adidas Golf Canada, along with the corresponding championships that will take place in 2021 across the country.

The extensive national partnership sees both companies remain presenting sponsors of the historic PGA Championship of Canada that the Association hopes to conduct after being unable to in 2020 due to the COVID-19 pandemic.

“The PGA of Canada is thrilled to announce an extension of our national partnerships with both TaylorMade Canada and adidas Golf Canada and appreciate their continued support,” said PGA of Canada CEO Kevin Thistle. “This partnership between all three parties has created a fantastic storyline and opportunity for our PGA Professionals to compete at a premium regional event and hopefully be part of and qualify for our National Championship to play for a trophy that has so many incredible names on it.”

The TaylorMade and adidas sponsored events include:

The winner of each TaylorMade Golf and adidas sponsored zone event will earn a coveted special exemption to the following year’s PGA Championship of Canada.

“We are extremely proud of the relationships that we have built over the years with PGA of Canada professionals across the country. Therefore, it was an easy decision to extend our partnership with the PGA of Canada and act as the presenting sponsor of the storied PGA Championship of Canada for another year,” said TaylorMade Golf Canada General Manager David Bradley. “Additionally, we are excited to continue to provide membership value to PGA of Canada members and enable our brand to show up at provincial events in an impactful way.”

Added benefits for PGA of Canada members are also included in the national agreement, both with branded merchandise and retail opportunities through adidas.ca.

“After a tumultuous 2020, we are happy to extend our partnership with the PGA of Canada and its members to drive the continued success of these events,” said adidas Golf Canada General Manager, Lesley Hawkins. “The services provided by the PGA Professional are of the utmost importance to the sport, particularly as the game of golf continues to experience record participation, and we are pleased to support their hard work and dedication.”

The date of the PGA Championship of Canada will be announced at a later date.