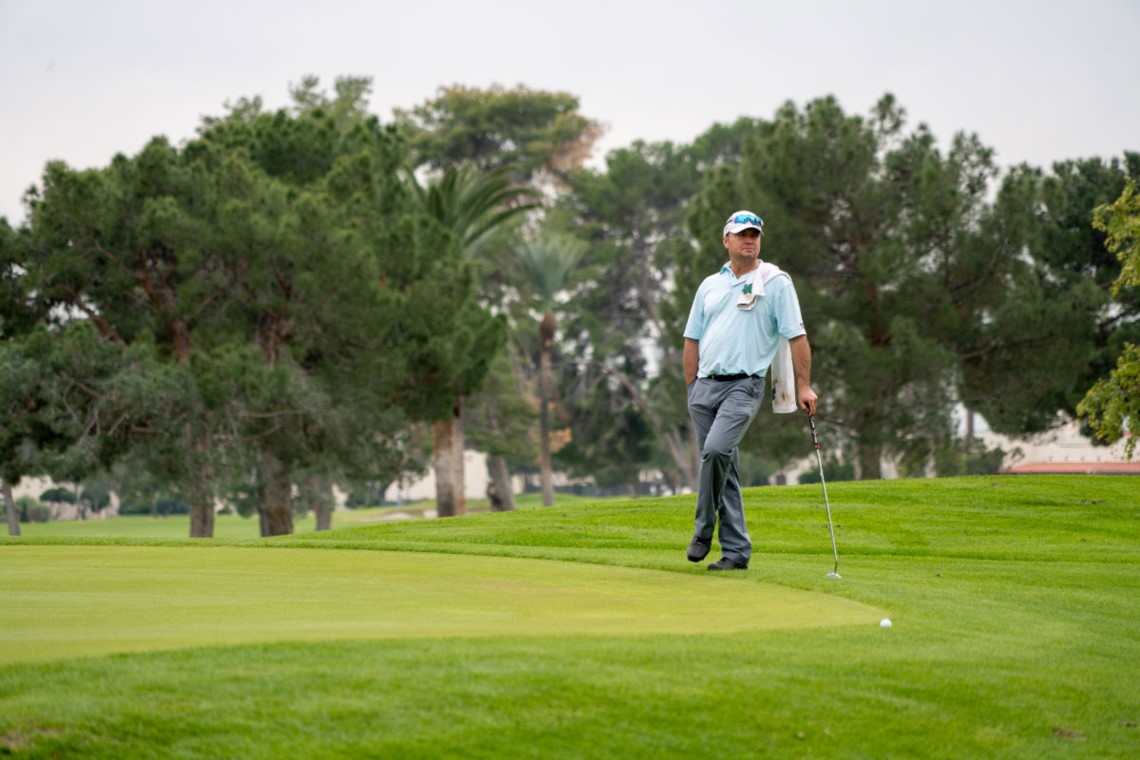 Stunning Start on a Stunning Day for Gord Burns

It was a perfect day at the Wigwam Golf Club in Litchfield Park, Ariz. and Gord Burns had a round of golf that matched the weather in the opening round of the PGA Head Professional Championship of Canada presented by Callaway Golf and supported by G&G Golf.

Burns reeled off 11 birdies and one lone bogey en route to setting a new course record of 10-under par 62 on the Robert Trent Jones-designed Gold course. The current 5th ranked player on the PGA of Canada Player Rankings presented by RBC had matching 9-hole scores of 5-under par 31 and closed with birdies on three of his last four holes to beat the previous course record by one shot.

“It was a special round for sure; I was hitting the ball solid all day but it sure is fun to keep watching putts go in the hole,” said Burns, who operates his Gord Burns Golf School just north of Toronto. “I knew I was really rolling out there but I wanted to stay aggressive as I figured other guys were making a bunch of birdies too,” he said, adding, “It’s the lowest round I’ve ever shot in a big event like this and I have to try to do it again tomorrow with so many great players here this week that can do the same thing.”

The long-hitting Matt Palsenbarg of B.C. – a former national PGA Assistant’s Champion – finds himself in second place again, four shots back of Burns after an opening round of 6-under par 66. Perennial favourites Phil Jonas and Danny King are close behind after matching 5-under par 67’s, and Mark Kitts of Shadow Ridge Golf Club in B.C. holds down the 5th spot after a solid 4-under par 68.

“It’s a great event and I think we have a fantastic spot here at The Wigwam for this championship,” stated 2-time national PGA Champion Phil Jonas of B.C. “I feel like the course rewards great golf shots and doesn’t penalize bad shots too harshly, which all golfers enjoy.”

In addition to the individual stroke play competition, there is also a 36-hole Inter-Zone competition compiled of four players on each team representing their respective PGA Zone, which is contested over the first two rounds.

The squad of Burns, King, Ed Maunder and James Skrypec from Ontario lead the way at -15, with B.C. in second at 7-under and Ottawa Valley rounding out the top three at 5-under.