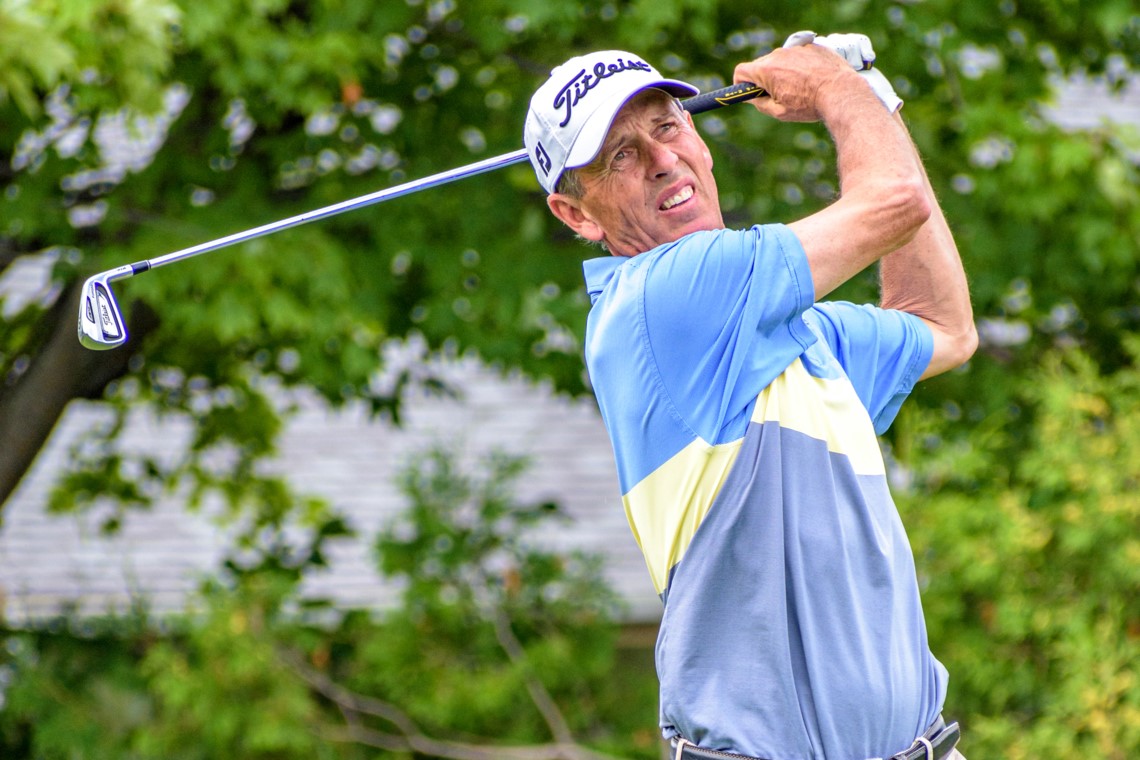 Jim Rutledge knows a thing or two about what it takes to close out big time golf events.

“The game plan for the final round is to fire at all pins and try and go really low,” Rutledge said after his second round at Carleton Golf and Yacht Club in Ottawa. “I’m really just going to try and take it to the guys chasing me and see if any of them can catch me.”

“The key to scoring well around here is keep hitting greens,” Rutledge said about Carleton Golf and Yacht Club. “The greens are so tiny around here that when you hit a green you’re going to have a good chance for birdie.”

Rutledge’s second-round 5-under-par 66 included six birdies and a bogey (which came at the last).

The PGA Seniors' Championship of Canada was first played in 1938 as a division of the Canadian PGA Championship and features the historic Albert H. Murray Trophy. In 1973, the championship became an independent event and has stayed that way since.

Tarling is a past PGA Seniors’ Championship winner as well; and after rounds of 68-66 he finds himself alone in second place, within striking distance of Rutledge. Don’t expect the 61-year-old from Sanford, Ont., to be too consumed with what his playing competitor is doing on the course Friday, however.

“I’m not really going to worry about what Jim does out there tomorrow,” Tarling says. “I’m just going to do my own thing and at the end of the day you add it up and see how it unfolds.”

For the full leaderboard and final round tee times, CLICK HERE.

Admittance to the PGA Seniors’ Championship of Canada is free and spectators are encouraged to attend the 54-hole championship.