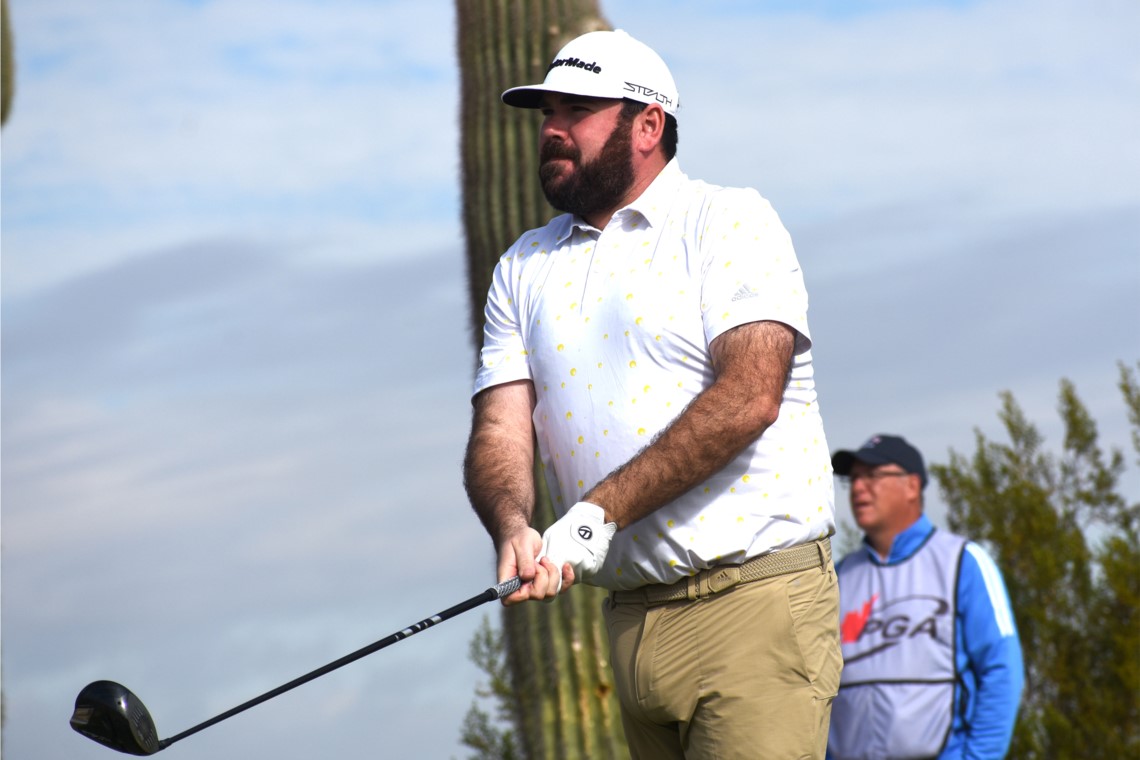 By: Brendan Stasiewich, PGA of Canada The full leaderboard can be seen here.   No matter what Rob Tadey fired on Wednesday at the PGA Head Professional Championship of Canada presented by Callaway Golf and supported by G&G Brands, odds are you’d see him with a smile on his face.   That’s just the energy and aura the Fairview Mountain Golf Club Head Pro exudes.   Based on the plentiful number of comments of support sent towards Tadey via social media over the past few days, it seems that the Oliver, BC community has taken notice of this energy.   That smile was a little bit wider following the second round of the event at Verrado Golf Club just outside of Phoenix, AZ, especially after Tadey, who entered the second round one stroke off the lead, hit a 4-iron to 8-feet and buried the eagle putt on the 18th hole to take a one-stroke lead over Craig Gibson into the final round.   Know who else had a big smile? Tadey’s PGA of British Columbia InterZone teammates, as the squad consisting of Tadey, Mark Kitts, Wes Doka and Nathan Grieve claimed the 36-hole team portion of the championship by four strokes over Ontario – quite the feat seeing as Ontario was running on six-straight InterZone wins at the event.   “I love it!” said Tadey, decked out in ‘wow, I need that in my wardrobe’ attire G&G Brands hooked the team up with. “All of the interior (B.C.) boys and Wes from Vancouver, it feels great to take home that title for sure.”   While the team can celebrate their accomplishment, the job is far from finished for Tadey. After a third-place finish at the PGA of BC Head Pro Championship earlier this year, he’s come oh-so-close to a victory, and another round like Tuesday’s 66 or Wednesday’s 67 might do the trick.   “It’s exciting,” said Tadey. “You grow up wanting these moments; playing in the final group in a major event.”   After starting the day on Wednesday with a three birdie, two bogey front nine, Tadey made back-to-back birdies on 10 and 11 and cruised the rest of the way with six-straight pars before his approach shot on 18 from 230-yards out never left the flagstick.   Finding his ball just eight feet from the pin, Tadey was happy to knock it in after a head-shaking day on the greens.   “I missed a few and gave the hole away all day,” said Tadey. “That one (on 18) was dead center and a great way to finish.”   The top of the leaderboard matches the race for low club pro honours. Tadey, as well as closest-chaser Gibson and Keir Smith, who trails by two, are all in the hunt for the $500 bonus given to the low club professional this week.   Gibson, the Head Professional at Sirocco Golf Club in Calgary, AB, is playing his best golf of the year at the right time. Mentioning that today was his first bogey-free round of 2022, the lefty will be itching at the chance to make up that one single stroke tomorrow as part of the final group.   “The strength of my game is to hit it where I can find it, so that’s going to be goal number one,” said Gibson, who shot 68 on Wednesday. “Hopefully I can hit some short irons close and try to make some putts.”   Final round tee times begin at 7:30 AM on Thursday.