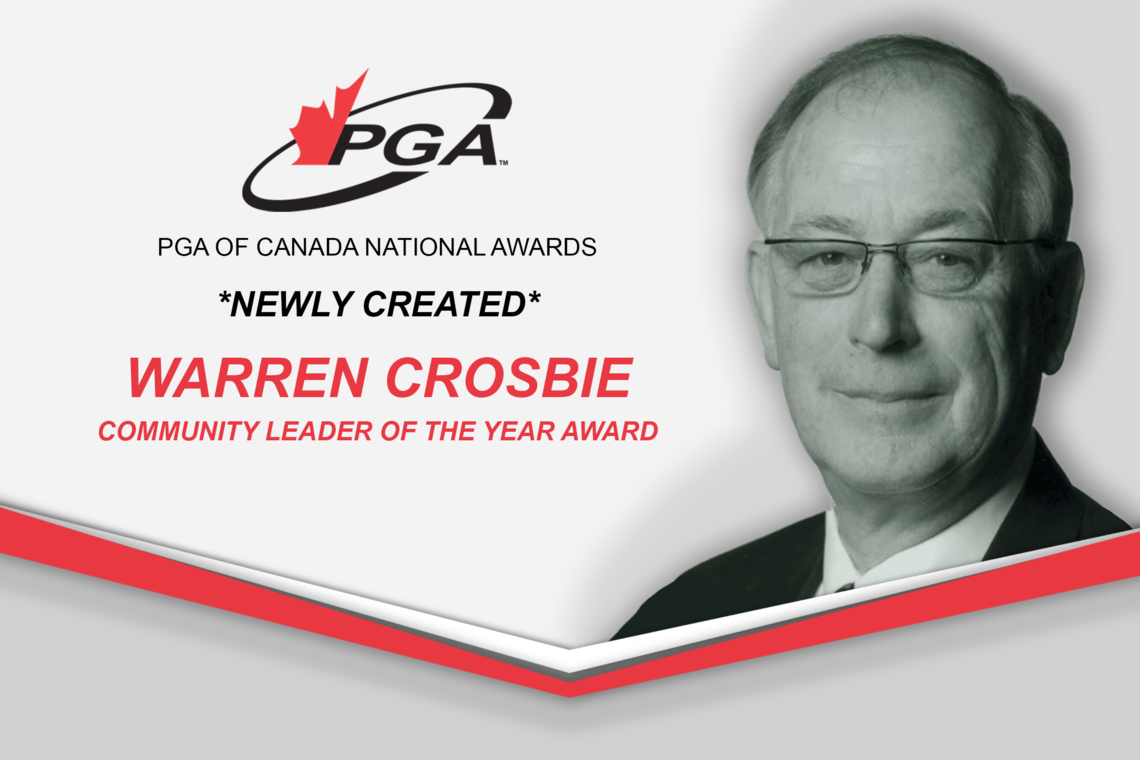 The PGA of Canada is pleased to announce the creation of the Warren Crosbie Community Leader of the Year Award.

Nominations for the Warren Crosbie Community Leader of the Year Award are being accepted until November 6, 2020.

The inaugural recipient will be announced during the 2020 PGA of Canada National Awards Ceremony, the date of which has yet to be announced.

To learn more about the award and submit a nomination, CLICK HERE.