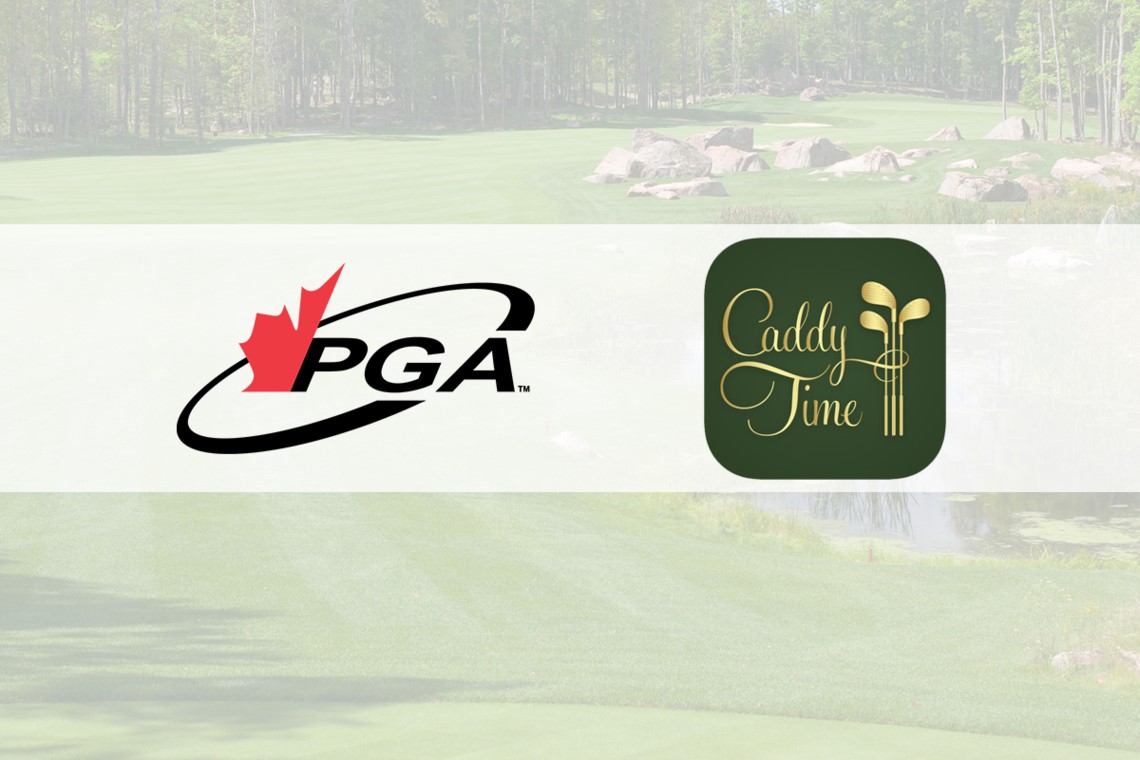 (April 14 , 2022) – (Acton, ON) - The PGA of Canada is pleased to announce a new national partnership with Caddy Time, an Uber-like app that connects golfers with qualified registered caddies throughout the country.  Caddy Time launched in 2021 and is now live in seven countries, including the United States and Canada. Players and caddies alike have already begun taking advantage of the application with rounds being executed in four different continents.    Anybody in Canada can download the app on their phone and register as a caddie, player, or both. There is also a rating system in place that allows both players and caddies to see reviews and information about one-another prior to confirming the round.    Not only do players and caddies both benefit from the experience, the golf course that is played receives a portion of the revenue from Caddy Time.    “Since there are only a handful of courses in Canada that offer caddie programs, we feel like Caddy Time is a mutually beneficial app that connects golfers with caddies and allows courses to profit,” said PGA of Canada CEO Kevin Thistle. “We are thrilled to bring Caddy Time on as a national partner to help bring that rare first-class touch of connecting caddies with golfers throughout the country.”    The partnership between Caddy Time and the PGA of Canada will help support the 100th edition of the BetRegal PGA Championship of Canada, being conducted June 20-24 at Beacon Hall Golf Club in Aurora, Ontario.    TSN’s Mark Zecchino will also host a streamed fireside chat on April 25 with PGA of Canada CEO Kevin Thistle and Caddy Time CEO and Co-Founder Brett Jaffee. The broadcast will be available for free for members and will allow the company to further discuss how to take advantage of their application.    “All of us at Caddy Time could not be more thrilled to become a National Partner of the PGA of Canada,” said Caddy Time CEO and Co-Founder Brett Jaffee. “Our goal is to make golf more accessible and to provide a tremendous service to people wanting to earn money by caddying, and to golfers who enjoy playing the sport alongside a caddie.”    More information about the fireside chat will be released within the next week. For more information about Caddy Time and to download the app, visit: www.caddytime.com