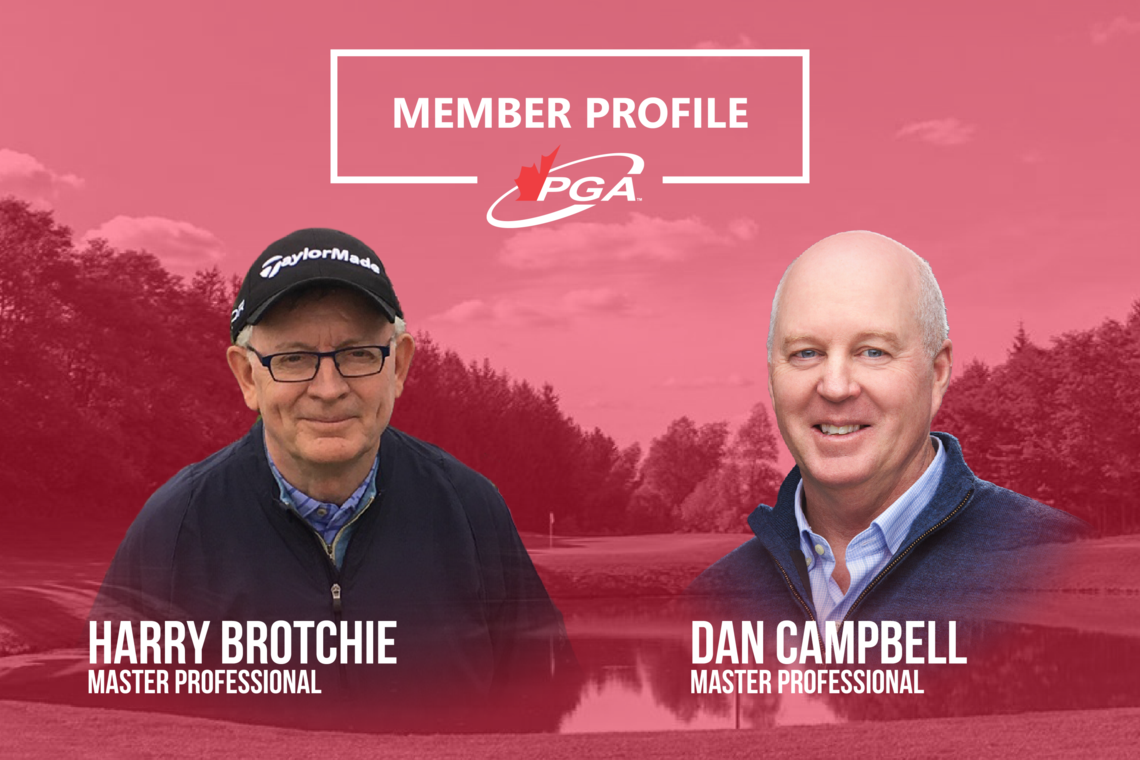 It takes guts, opting for unemployment to advance your education in your 50s. Especially when that higher learning might not lead to a substantial pay raise in your next job.

That, however, is exactly what PGA of Canada member Dan Campbell did when he departed his post as director of golf at Stouffville, Ont.’s Granite GC at the end of the 2014 golf season. But Campbell knew exactly what he was doing, even if his father didn’t think it was such a wise move. The 2005 PGA of Ontario president was hungry to take another step in his long career and transition from golf professional to club general manager. And though it wasn’t a requirement, he strongly believed pursuing PGA Master Professional status would set him apart from other candidates.

Campbell attained that status — the 25th, and most recent, PGA of Canada member to do so — in February 2016 after months of tireless work. To become a Master Professional requires applicants to defend a thesis and Campbell said he spent 30 hours a week for eight months researching and writing about something in which he believes is imperative to running a successful business: building and maintaining high-performance teams.

Part of Campbell’s research included surveying superintendents from every top 100 golf course in Canada, the 60 or so certified club managers (CCM) in Canada, and the provincial PGA professionals of the year for the last five years. He received CCM designation himself thanks to courses completed at Ryerson University and he enlisted in a leadership program online at Harvard University to help with this thesis. Higher learning indeed.

“As a PGA professional, I spent my whole life building programs for students to become better students. When you’re doing that you’re part of the team. I took all of these long-term player development programs and continued to learn how to build programs for kids,” said Campbell, 59. “I would piggyback off what I would learn from coaches who are coaching teams — how they get their best performance out of teams — and I would do that with my students. But I would also do it with my golf shop staff and my back shop staff and, as I was transitioning, I thought I need to do this right across the board for all employees at the club.”

Campbell, a St. Thomas, Ont., native, who spent a decade in Alberta at the onset of his career and returned home to be the head professional at St. Thomas G&CC for 17 years, got back into the business after becoming a Master Professional as the general manager at Craigowan GC in Woodstock, Ont. He then moved to Peterborough G&CC to become that club’s GM and COO before accepting the general manager position at St. Andrews East G&CC back in Stouffville.

“If somebody is PGA through and through, if you want to do a little sacrificing for yourself to help the guy behind you, there are wonderful ways,” answered Campbell of when asked why he would advise others to take the Master Professional plunge. “For our industry, what can we do to make it better for the next guy?”

While prospective general managers can learn from Campbell’s team-building thesis, Winnipegger Harry Brotchie, who became a Master Professional in 2003, wrote on professionals as business operators, a subject on which he’s an authority.

The man who got his start in the golf business at the now defunct Charleswood GC and then City of Winnipeg course John Blumberg, has spent much of his career looking after multiple clubs. With a physical education degree from the University of Manitoba in hand, Brotchie had the opportunity to work for golf icons Stan Leonard and Bob Goalby in the Palm Springs, Calif., area, which helped him with his game tremendously. He turned professional and landed his first head job at Harbour View GC before partnering with Al Patterson in a company called Western Golf Management, which he later rebranded Lakeland Golf Management after buying Patterson out. Brotchie’s company currently has an interest in 10 courses in Manitoba and Saskatchewan. He was president of the PGA of Manitoba in 1985-86, served on the PGA of Canada board of directors for 10 years, and was president of the PGA of Canada in 1993-94. It was during these years that the PGA identified a changing role for the golf professional — that he or she needed to be educated in all aspects of a golf operation — and thus Brotchie’s comprehensive thesis on the subject when he decided to take what he considered a logical next step in his career.

“(PGA of Canada CEO) Kevin (Thistle) and I got talking at some meeting somewhere and he said, ‘Boy it’s still pretty current,’ and I’d like to think so,” Brotchie, who is also the vice-president of the National Golf Course Owners Association of Canada, said of his thesis subject. “Sometimes topics aren’t, certain topics will obviously change over 10 to 15 years, but this one is not that far off.”

In addition to sharing their knowledge through their respective theses, both Campbell and Brotchie cited another reason for putting forth the effort required to become a Master Professional.

“There is only 24,” summarized Campbell. “If you look at the list of 24, you look at the guy who came before me, Henry Brunton. Very, very accomplished teacher in the game of golf. If you start going backwards, a Bill Penny, if you start going through the list you go, ‘Wow, all these guys, I’ve known a whole bunch of them and I’ve heard of the others.’ All distinguished professionals in their own right. It’s just a special group. I looked at it and thought, ‘Boy I’d like to be part of that group.’”

The special group began with the late Murray Tucker, for whom the PGA of Canada’s Golf Professional of the Year award is named. He became the country’s first Master Professional in 1974. Tucker was a prominent golf teacher who got his first taste of training as a flying instructor in the Royal Canadian Air Force.