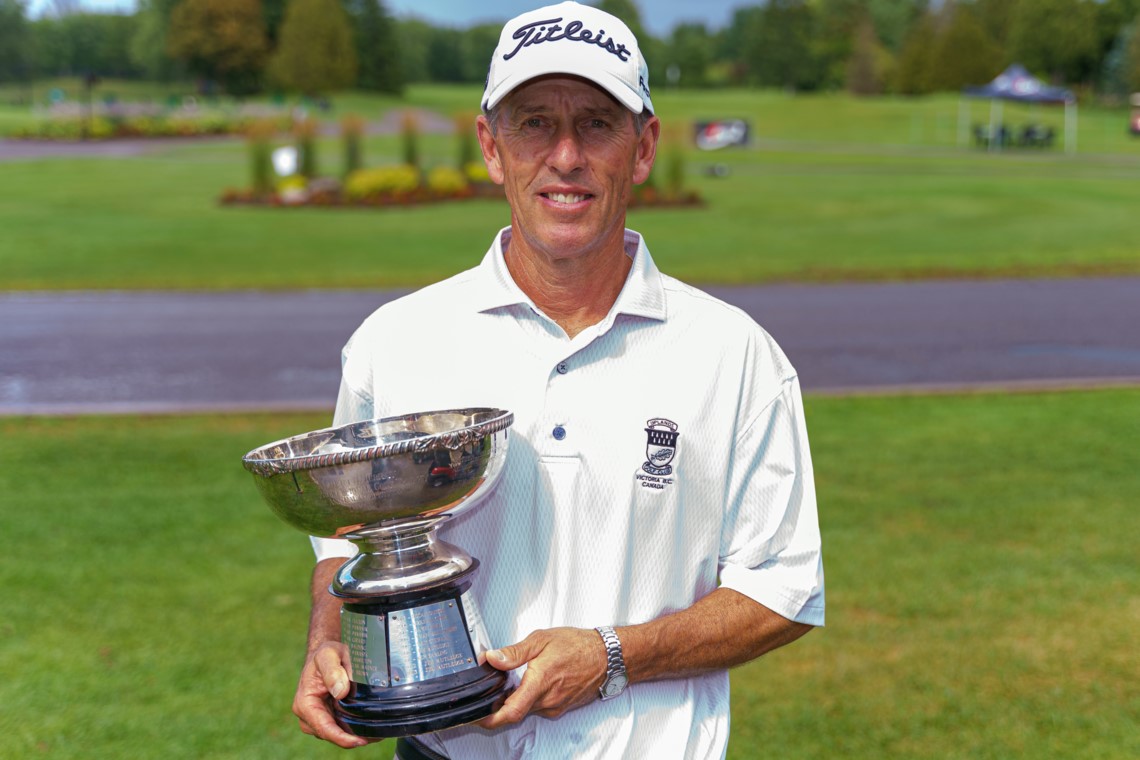 It wasn’t the stroll to the finish line Jim Rutledge had hoped for, but in the end, the 59-year-old from Victoria captured the PGA Seniors’ Championship of Canada.

When the final round began, Rutledge held a three-shot lead over Ken Tarling and a four-shot cushion over Danny King, however, as the day wore on Rutledge’s lead dwindled away.

“I’m sure glad we ran out of holes out there this afternoon,” Rutledge joked after his final round 1-under-par 70. “Going into the back-nine I hit some wayward shots, some miscues off the tee and the next thing you know I only end up winning by a shot.”

Ontario’s King—a past winner of both the PGA Head Professional Championship and PGA Championship—came charging at Rutledge on the back nine at Carleton with four birdies over the last six holes. Unfortunately for King, his three-day total of 11-under-par was one short of Rutledge at -12.

“I knew a good charge was in me, but I just ran of out holes,” King admitted after his final round 67. “It was a lot of fun though out there today and I definitely learned a lot from being in that position.”

Ken Tarling of Ontario finished alone in third with a score of 7-under-par. He also took home Super Senior (60-years and older) honours. Quebec’s Martin Plante was fourth at -6, while Phil Jonas of B.C. rounded out the top-five at 5-under-par.

With his win this week in Ottawa, Rutledge now has six PGA Seniors’ Championship of Canada wins. Only the iconic Moe Norman has more, with eight. Asked if he’s thought about the possibility of catching Norman, Rutledge just smiles and gives his honest take.

“I’ve obviously thought about it and as long as I’m healthy and able, I’ll keep trying to win more,” he says. “I think if Moe were still around he’d tell me to go out there and keep winning.”

The PGA Seniors' Championship of Canada was first played in 1938 as a division of the Canadian PGA Championship. In 1973, the championship became an independent event and has stayed that way since.