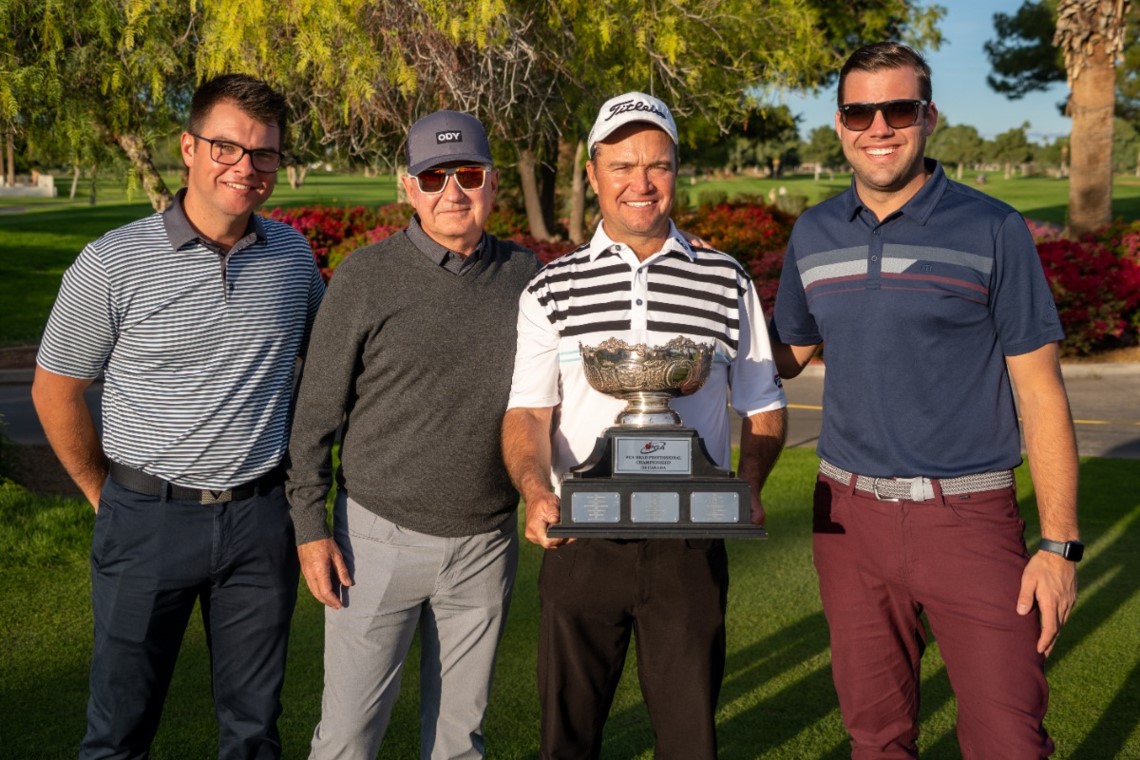 Gord Burns likely had no idea that his birdie on the opening hole of the tournament would be the first of 24 this week.

Burns birdied his opening hole and his final hole en route to setting a new scoring record of 21-under par with scores of 62-65-68 to win his first PGA national championship at the PGA Head Professional Championship presented by Callaway Golf and supported by G&G Golf at The Wigwam in Litchfield Park, Ariz.

“I’m a very proud PGA of Canada member and it’s really cool to win something like this,” stated Burns, who has been right in the mix in several previous national championships but come up short a number of times. “One of the best parts of being a PGA professional is the camaraderie among everyone and to have so many of the guys that I’ve played with or worked with over the years to be there on the final hole and to cheer on the final putt was really special.”

Mark Kitts, PGA Head Professional at Shadow Ridge GC in B.C., took home low club professional honours and finished 5th after a solid week at 8-under with scores of 68-70-70.

“It was such a fantastic week from start to finish and we all really appreciate all the little things that Callaway Golf, G&G Golf, Golf Away Tours and The Wigwam did outside of the competition and I really hope we can come back here next year and do it all again,” stated Burns, who owns and operates the Gord Burns Golf School just north of Toronto.