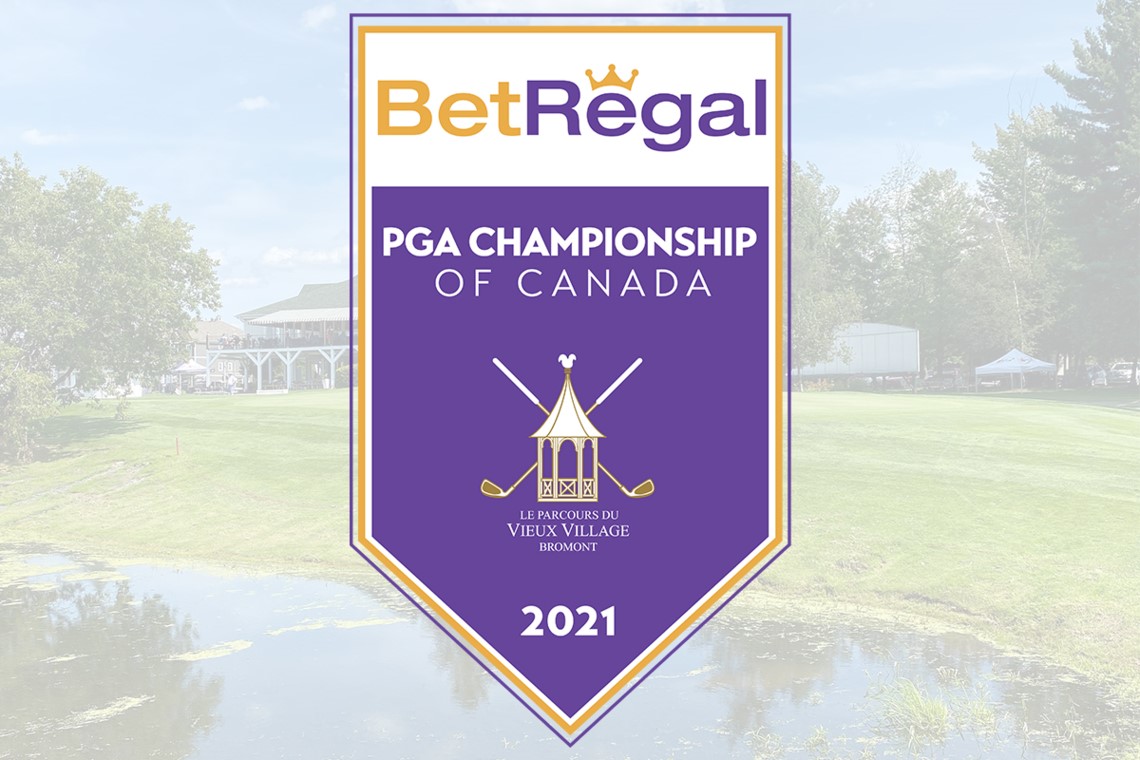 (Acton, ON) – August 4, 2021 – The PGA of Canada has announced a new three-year title-sponsorship agreement with Canadian sports betting and e-gaming entity BetRegal, which will begin immediately as BetRegal puts their stamp on the BetRegal PGA Championship of Canada presented by TaylorMade Golf & adidas Golf, scheduled for August 3 - 7 in Bromont, Quebec.

“Today is a historical day for the PGA of Canada, our 3,700 Members and the Canadian golf industry as a whole,” said Teejay Alderdice, PGA of Canada President. “With the sports betting landscape evolving in Canada, we have been thoughtful with our strategy and are excited to add a Canadian gaming partner that will elevate the PGA Championship of Canada presented by TaylorMade Golf and adidas Golf and present new and exciting opportunities for our members and the millions of golfers they interact with on a daily basis.”

The partnership represents the second major agreement inked by BetRegal. It recently announced a partnership with the Canadian Football League (CFL), making BetRegal the official sports gaming partner of the league.

The partnership between BetRegal and the PGA of Canada comes at a historic time for the association. The 2022 edition of the BetRegal PGA Championship of Canada presented by TaylorMade Golf and adidas Golf will be the 100th playing of the event. The Association and BetRegal will work towards enhancing the player experience and celebration of the storied history of the championship.

“PGA of Canada is one of the most well-respected sports organizations in the country and the BetRegal team is excited to bring the partnership to life in compelling ways for fans,” said Michael Mirtl, CEO of BetRegal. “This is an important partnership for us as we look to educate Canadians about online gaming and set the groundwork for our Canadian operations.”

The first event of the three-year agreement begins today as a full field, and some of the top players in the country, take on Golf Club du Vieux Village in Bromont, Quebec until August 7.

About BetRegal
Founded in 2015, BetRegal is the flagship brand of the Regal Group Ltd. BetRegal is focused on providing a world class sports betting service, and market leading casino games to global customers in a safe, secure online environment. With a founder and principles who are proudly Canadian, BetRegal is excited to focus its vision on the Canadian sports entertainment market and is committed to remaining compliant in advance of the individual Canadian provinces evolving igaming regulation. Currently licensed in the UK, Malta, Ireland and Curacao, BetRegal has enjoyed steady growth since inception and is now concentrating on accelerated growth in legacy markets and increased brand awareness in emerging gambling markets. Visit www.betregal.net.