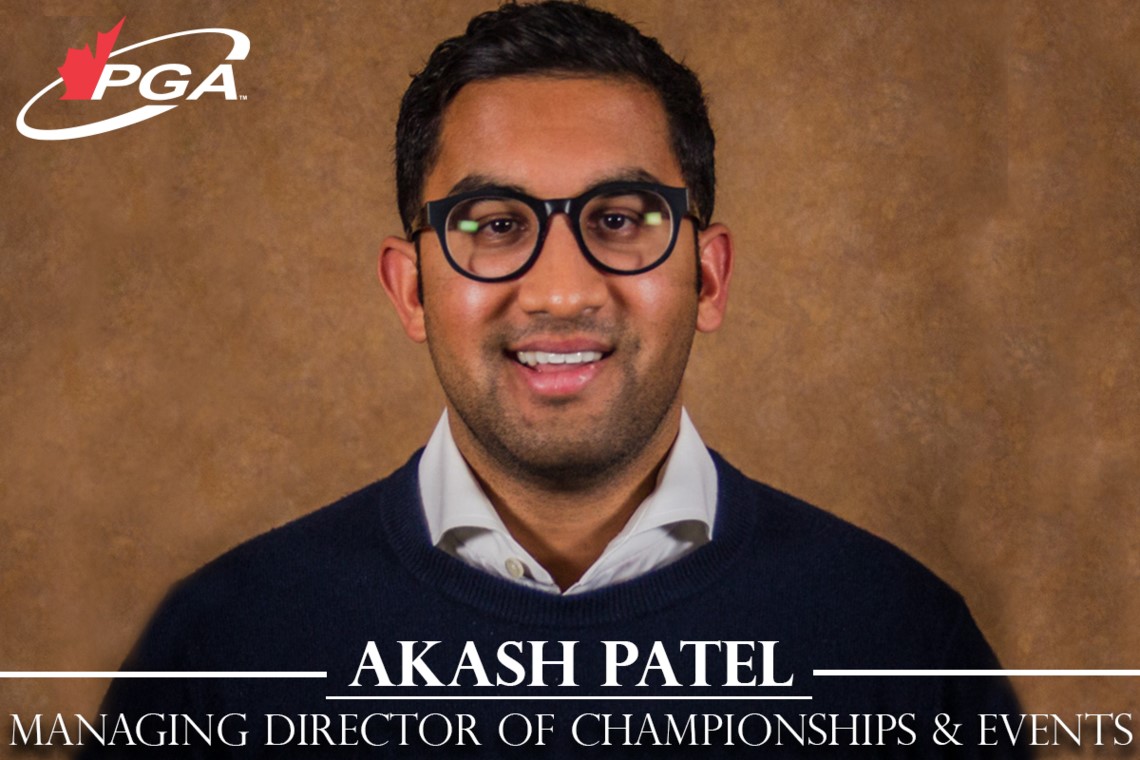 The PGA of Canada is thrilled to welcome Akash Patel to its staff as Managing Director of Championships & Events. Patel will work alongside Championship Manager Matt Mueller to conduct the associations five National Championships, beginning next week at the 100th playing of the BetRegal PGA Championship of Canada.

In addition, Patel will assist with the operations of the RBC PGA Scramble, the largest team golf event in the country.

Patel joins the PGA of Canada very well-versed in the world of competitive golf, spending his entire professional career in the golf industry upon graduating from the University of British Columbia with a Bachelor of Commerce Degree majoring in Marketing in 2015.

After spending two years with the Canadian Junior Golf Association working in tournament operations, Patel joined the Golf Canada team in 2016 to assist with amateur championships. Spending six-and-a-half years with Golf Canada, Patel had served as Manager, Amateur Championships and Rules since March of 2020.

“All of us at the PGA of Canada are thrilled to welcome Akash to our team,” said PGA of Canada CEO Kevin Thistle. “Golf Canada has a reputation for executing golf championships to the highest standard, and Akash has been a large part of that for the past six-and-a-half years. His strong skillset and knowledge of the rules of golf and competitions, along with his friendly personality, makes him the perfect fit for this role.”

Over the last three years, Patel’s specific focus was managing all aspects of Golf Canada's Rules Education program and he was also the staff representative for the Rules & Amateur Status Committee.

“I’m extremely excited to take on this new challenge with the PGA of Canada,” said Patel. “I would not be in this position if not for the team at Golf Canada, and the mentorship from leaders and co-workers that was provided to me over the past six years. I can’t thank everyone at Golf Canada enough for how they treated me during my time with the organization and I will always cherish the incredible experiences I had along the way.”