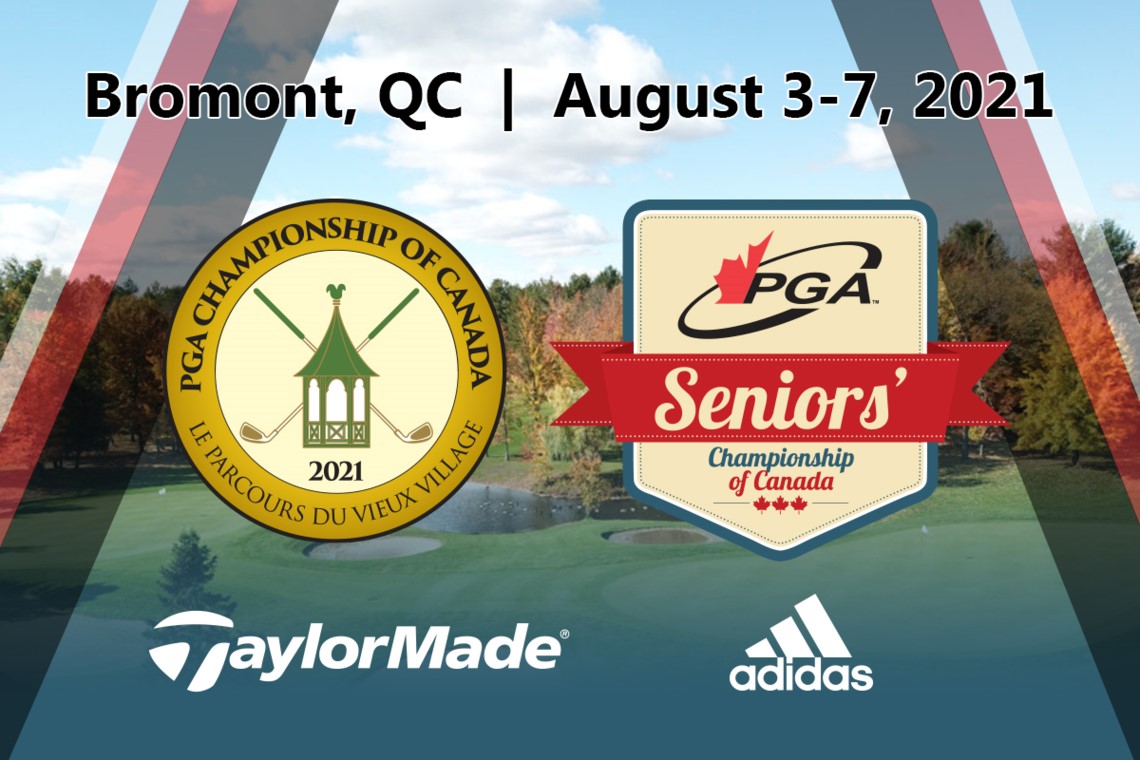 (ACTON, ON) – The PGA of Canada is very pleased to announce that the 99th playing of the PGA Championship of Canada presented by TaylorMade Golf and adidas Golf will be held August 3-7, 2021 at Le Parcours du Vieux Village in Bromont, Quebec.

The 72-hole stroke play event will be held in conjunction with the 54-hole PGA Seniors’ Championship of Canada, which is being held at the same venue from August 3-6. Players who are eligible for both tournaments may elect to play in each event simultaneously, as all players will play from the same course set up, aside from women and players competing in the Diamond Division of the Seniors’ Championship.

Female players are eligible to compete in either event as the Board of Directors made amendments in 2019 to allow women to compete from a yardage of 86-88% from what male competitors play.

The championship field for 2021 will be comprised of 120 players (minimum 80 PGA / max 40 Seniors', including those Seniors competing in both divisions).

“This is a very exciting announcement for our 2021 National Championship schedule,” said PGA of Canada President Teejay Alderdice. “We are so grateful for our host venue, Le Parcours du Vieux Village, for accommodating the extra PGA of Canada professionals looking to add their name to the historic list of past champions.”

The 99th PGA Championship of Canada and PGA Seniors’ Championship will have a combined purse of $100,000. As per previous years, all exempt members may register before June 25 and then remaining spots will be offered to the entire membership and those with high rankings will be accepted. The secondary registration and Seniors’ registration deadline is July 9, 2021. We would also like to thank our host accommodation, Auberge Bromont, for offering a rate of $139+tax to all competitors who reference PGA Championship of Canada when booking.